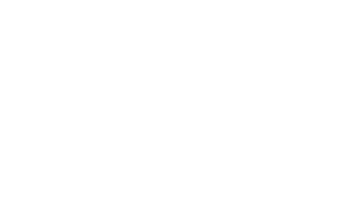 Is it the Caribbean’s best?

At 6:30 a.m., I hopped on Avalon Cuban Dive Center's comfortable bus in Havana for the six-hour ride to their boat dock, southwest, in Júcaro, Friends and I were headed to the Tortuga houseboat-on-a-barge. But surprise! The barge was undergoing repair, and we eight had been upgraded to the luxury liveaboard, Avalon II. A sweet beginning to the week.

As I boarded the Avalon II, I was impressed: from my spacious and modern cabin to the hot tub up on the sundeck. But I didn't take the long bus drive and the five-hour boat crossing for the amenities -- it's about diving the Jardines de la Reina (the Queen's Gardens). Was this distant archipelago "the very definition of pristine" a la the Caribbean of 50 years ago, as Undercurrent's previous reviewer (July 2016) claimed? Or would it be "a major disappointment," as one reader countered. Over the next week, I found the answer.

After an uneventful crossing and a 7:00 a.m. breakfast the next morning, it was time to dive. First up, an OK check-out dive. The next dive was at Five Seas (Cinco Mares), the name of a shipwreck (or bits of one). From the dive skiff, I back-rolled into 79°F (26°C) water to be greeted by a 7-foot (2m) reef shark easing over the bottom below me.

I was impressed here, as on most dives, with the numbers of fish. Mixed schools of blue-striped and French grunts, schoolmasters, and plenty of reef fish. And, big guys were evident immediately. Hovering near a sloping wall, I watched a three-foot black grouper's body darken as cleaners tidied it up. Later, I petted a two-foot Nassau grouper as it passed. So many Caribbean reef sharks cruised off the reef, some coming in close, that I stopped counting them half-way through the dive. On a couple of dives, I spotted silky sharks hunting fish near the surface. 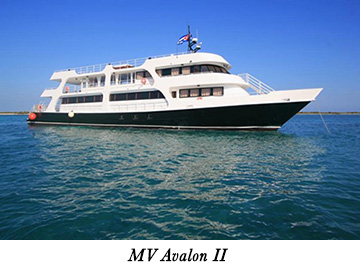 Irain Abreu, the lead divemaster -- Avalon II put two divemasters in the water for our eight divers -- was a good critter spotter as we cruised the low profile 20 ft (6m) high wall, typical of my Jardines dives. With my magnifier, I checked out a secretary blenny and then a bright-yellow rough-head blenny peeking from its hole. Under a ledge at 70 feet (22m), Irain discovered two golden fairy basslets, a beautiful species not even in my Paul Humann book. At the top of the wall, I tried to join a school of Creole wrasse, but they skirted away. After 50 minutes, I surfaced from the mooring, handed up my weights to the boat captain, and climbed the sturdy ladder onto the dive skiff, where the crew helped with my gear.

As the trip got underway, I had met with Irain and with Tony Cárdenas, an excellent biologist, who also dived with us, to explain that my friends and I liked to explore slowly and see a wide variety of reef life. We didn't want to chum, feed, or harass sharks or other marine life (a criticism of the Avalon operation by more than one Undercurrent reader). They readily agreed, and for the most part, they did a great job, never-ending dives early while offering site choices and snorkeling opportunities. Both Tony and Irain, experienced Cuban dive instructors, are fluent in English, as is Alejandro, the other DM on the boat.

Each morning, the 8 a.m. dive began after breakfast (omelets, toast or pancakes, tropical fruits). We took a short surface interval back on the Avalon II, and, after our second dive, returned about 11:30 a.m. Before lunch, I sometimes soaked in the hot tub. Afterwards, I had plenty of downtime before the 3:00 p.m. dive. Moreover, with all that downtime, I enjoyed visiting with the divers from Russia, Brazil, France, Sweden, and Finland. My friend spent hours discussing Russian history with a harddrinking trio from Moscow and Vladivostok. Some afternoons or evenings, Tony lectured about the reef system, which complied with the educational nature of the trip, as required by the U.S. government to make this trip (see sidebar). He focused on the reef ecology, environmental threats, and the history of protection for Jardines. 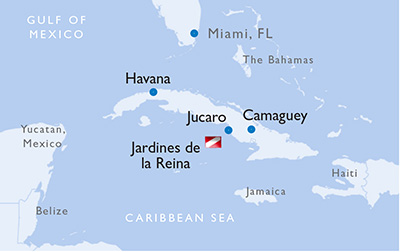 The cabins were essentially identical: a double bed with a single bunk up top, adequate room and a spacious bathroom with potable water, made by osmosis. The big front salon was used for education and lounging, but the second-deck area behind the dining room was the go-to spot for visiting.

The Avalon II moved few times during the week; our skiff, one of two for the 15 divers on board, took from 5 to 15 minutes to reach each site. (As one Undercurrent reader noted, although the Avalon II is a liveaboard, it operates a bit like a land-based operation.) With little current, the skiff would moor at a site marked with a float; then divers would head down, travel along a wall, and return across the top. One excellent dive accidentally became a drift dive. At a site called "Entre" (Between), Tony briefed us thoroughly, noting there could be a slight current, so we would head up current, but once down he headed down current. We drifted along a sand channel and coral ledge, and when the current got brisk, I'd hide behind a coral head to check out small stuff. Above, a giant school of horse-eye jacks did their mysterious circling act. Out a ways, I noticed a lot of big stuff: dog snappers, cubera, hogfish and two large, uncommon orange filefish (they're silver -- who names these things?). A shark passed dragging four remoras, three more that a fellow diver had attached to his butt, leading to pointing, plenty of camera action by fellow divers, and a few guffaws topside.

On top of the reef, my partner almost bumped into a hawksbill turtle, then I heard a tank banger and saw a diver waving his arms like a cheerleader; he had spotted a Goliath grouper in my weight class snug in a tiny sand channel. Irain spotted a cache of three lobsters, a Goliath's favorite prey, and rousted one from its hole with his lionfish pole spear. Gulp! Dinner came early for the big guy, who sported the lobster's two antennae out of his mouth. (I didn't like Irain's intervention, but it did provide a good show.) Throughout mosts dives, the divemasters speared lionfish, leaving them for sharks and grouper who still haven't learned to hunt them on their own. I noticed my new diver friend using air fast, so signaled Irain to get the boat's location. He steered us to a different mooring, where our skiff had moved, and we poked around to end a great dive. (They provided our newbie personalized help and instruction for no charge other than an extra tip.)

Avalon II provided 15- and 12-liter (100 and 80 cf in gringo-lingo) aluminum tanks, which they filled to 2900-3000 psi (200-206 bar). Being an air hog, I chose a whopper, and always had air to spare (my deepest dives touched 100 feet/30m). We analyzed our nitrox mix on the skiff and noted the reading on a clipboard. Dive times averaged 50 minutes, but the divemasters didn't enforce a limit and allowed longer dives. They didn't babysit divers.

The boat and bilingual crew were topnotch. Excellent lunches and dinners came with a range of choices, served on a beautiful table setting. They served lobster many times, once grilled. After purchasing kingfish and dog snapper from fishermen, the chef turned the kingfish into steaks and served the snapper whole. There was always chicken or pork, accompanied by the inevitable rice and either red beans or Cuban soupy black beans, then followed by delicious cakes or fruit cocktail, a la my mom in the 1950s. One night the crew served a cake (and sang) for my partner's birthday.

There was no counting drinks or any nickel-and-diming. Wines were offered with dinner, beer and drinks were always available, and at cocktail hour, our gracious host, Jane, prepared mojitos.

Several dive sites were along low-profile walls, but some were canyons, swim-thrus, and larger formations. At Black Coral I, we descended to 85 feet (26m) to cruise above coral mounds, watching the show unfold. Sharks patrolled off the reef, and once bar jacks rubbed against one shark's sandpaper skin to remove parasites (I wondered what the shark gained in return for his service?). Yellowtail snappers frenzied in a white cloud, which puzzled me. Later, Irain explained they were eagerly chowing down on shark shit. (Snapper for dinner, anyone?) In the deep sand flats below, I watched garden eels duck out of harm's way as permits milled around. A pair of huge rainbow parrotfish -- an odd couple, because they were terminal-phase males -- swam between coral mounds. Here, a high percentage of live coral had little overgrowing algae or strangler tunicate. 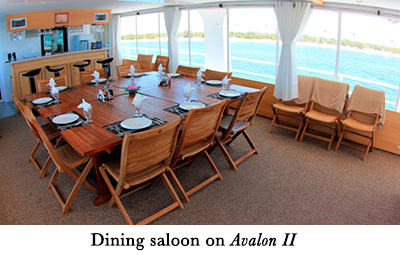 However, I don't agree with those who compare these reefs to 50 years ago. We're 60 miles off a low-density shore, in a no-fishing protected area, and I could still witness the serious degradation of coral reefs due to warming and the resultant acidification. Though I saw no coral bleaching, Tony said the water gets as high as 86°F (30°C) in the summer. January weather was very pleasant, if sometimes breezy. The only adverse effect was reduced visibility of 50 feet (15m) on shallow dives. Water was 79-80°F (26°C).

Tony once took us to snorkel in the mangroves and seagrass, where I spotted upside-down jellies, juvenile barracuda, gray snappers and others in the reef's nursery. The highlight of the show was to be snorkeling with a croc, but she failed to appear. Tony guessed the cooler weather kept her sunning rather than coming out for a chicken-leg-on-a-stick. The cute jutias and iguanas enjoyed being hand-fed fruit snacks on the beach.

I did see one croc crunch on chicken: "Tito," an eight-footer, who came out on cue alongside the Tortuga houseboat, at the island base of operations for Avalon II. Twice I took a ride to the Tortuga for its spotty satellite Internet connection, which was good enough to check emails and make calls to the U.S. using WhatsApp or Facetime. The dive crew slept at the island base, arriving at the Avalon II each morning with our gear set up in the skiffs and ready to dive. 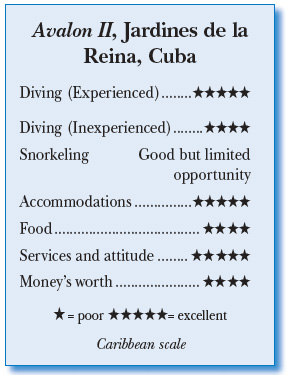 Since my friends and I were flying out of Camaguey at 12:45 p.m. Saturday, the boat modified plans and made the 5-hour return crossing Friday afternoon. Having to cut out the final day dive, they scheduled a night dive to make up for it. While I skipped it, my friend reported lobster, crabs, octopus, a red army of night fish and a huge number of long-spined urchins marching off for their nightly foraging. The Avalon website says that night dives can be scheduled for a "generous tip," but when we suggested another night dive, to my surprise, the answer was no. However, most requests resulted in a yes, including minor equipment repairs and a loaner computer when a diver had a dead battery. The rental equipment (Avalon asks that you pre-pay for it) looked good to me.

I have dived all over the Caribbean, and I would certainly put this in the top tier, if not the very best. It's costlier and harder to reach than destinations such as Cozumel. However, finding solitude in Cozumel is as likely as finding a mojito at an AA meeting. Here, you will be the only divers for miles and enjoy virgin Caribbean diving -- if not all the coral -- as it was 50 years ago. And, by all means, combine it with a wonderful stay in Havana.

Ask for a Quote